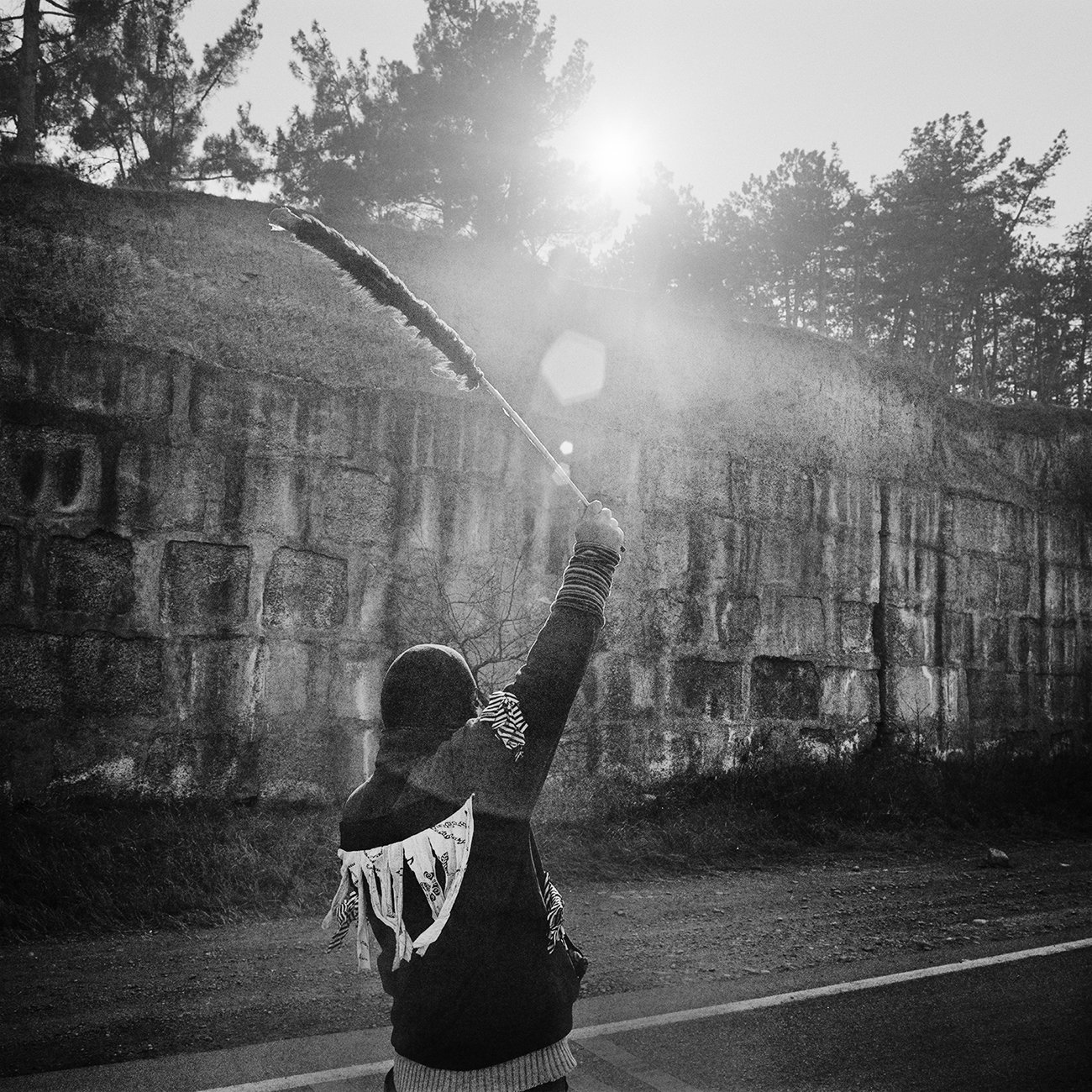 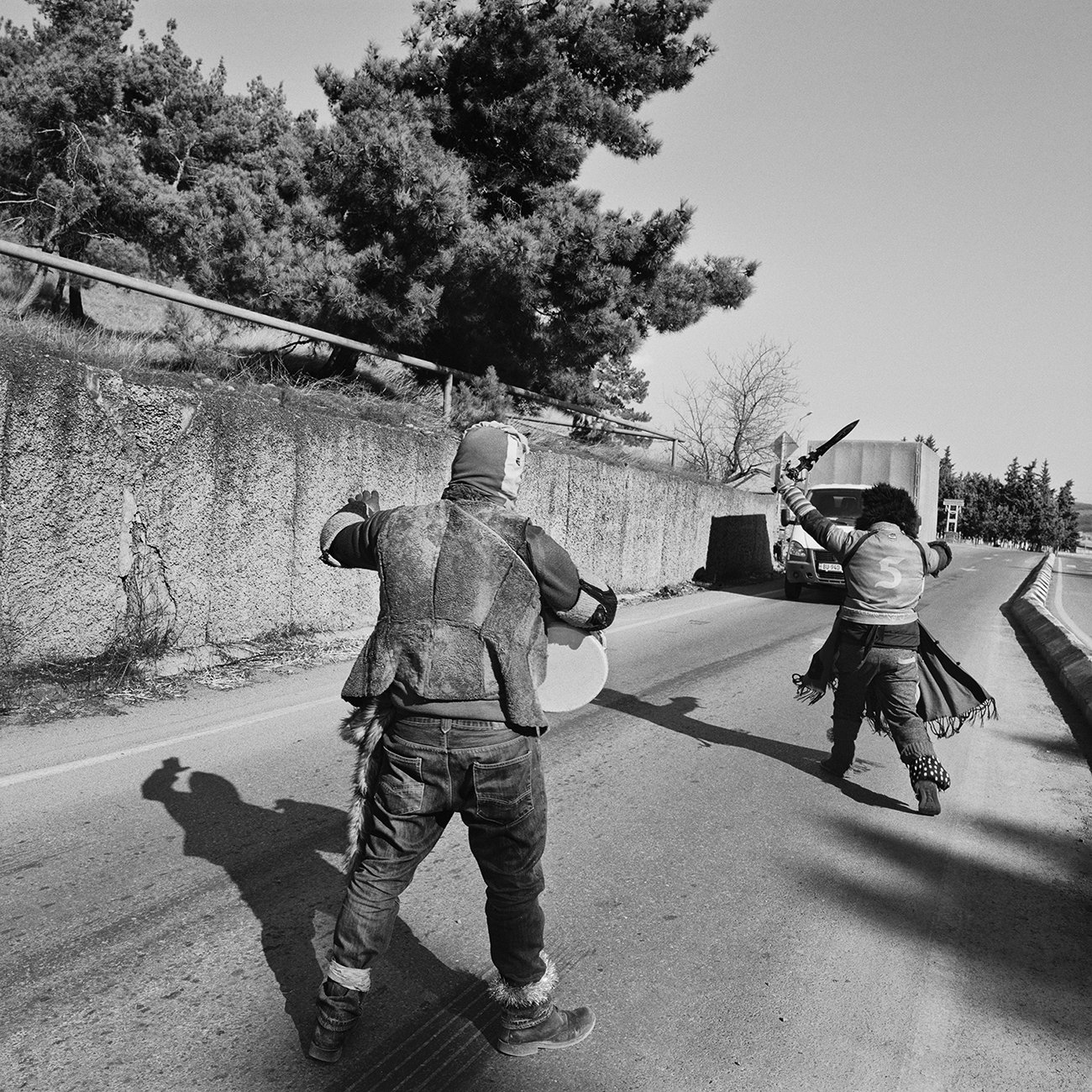 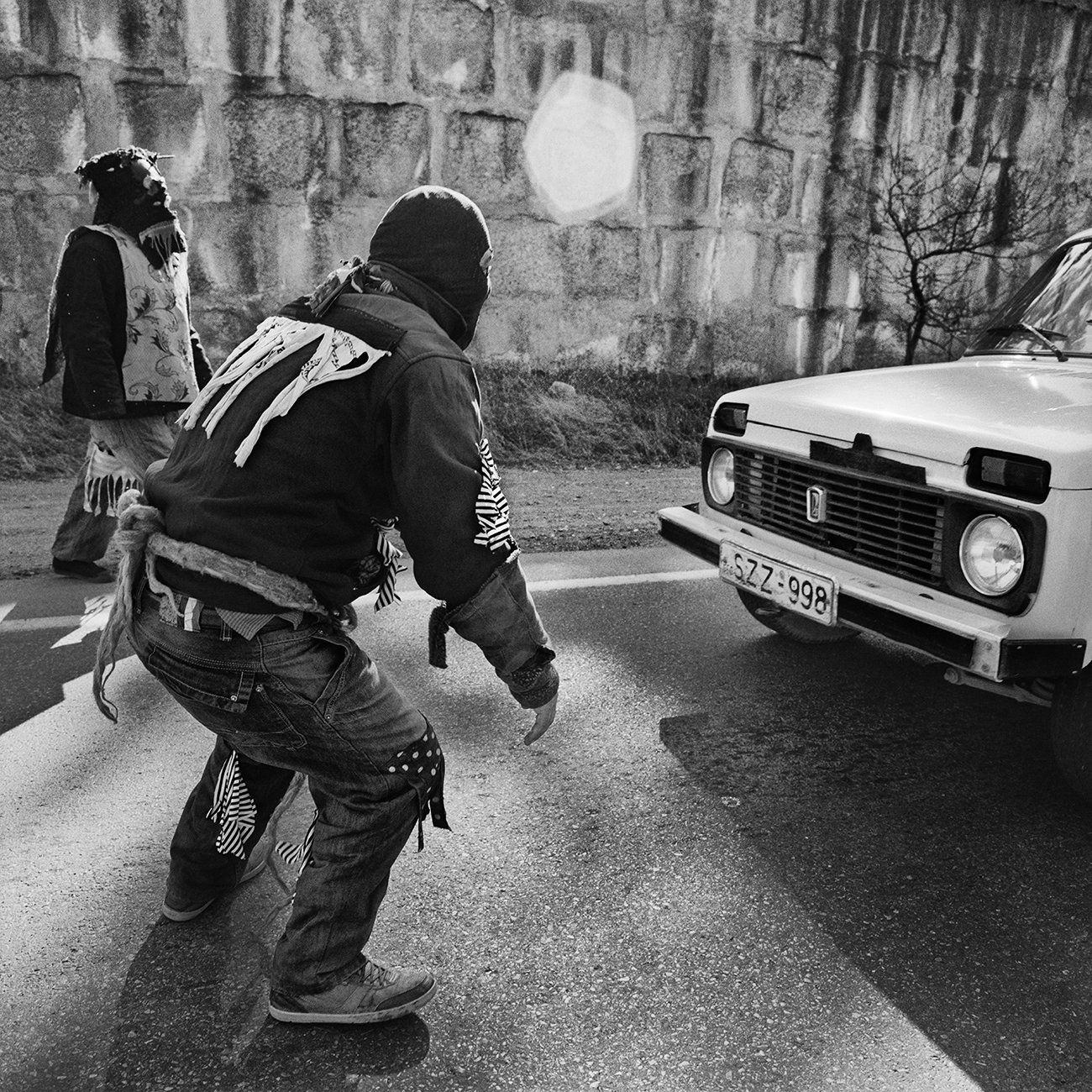 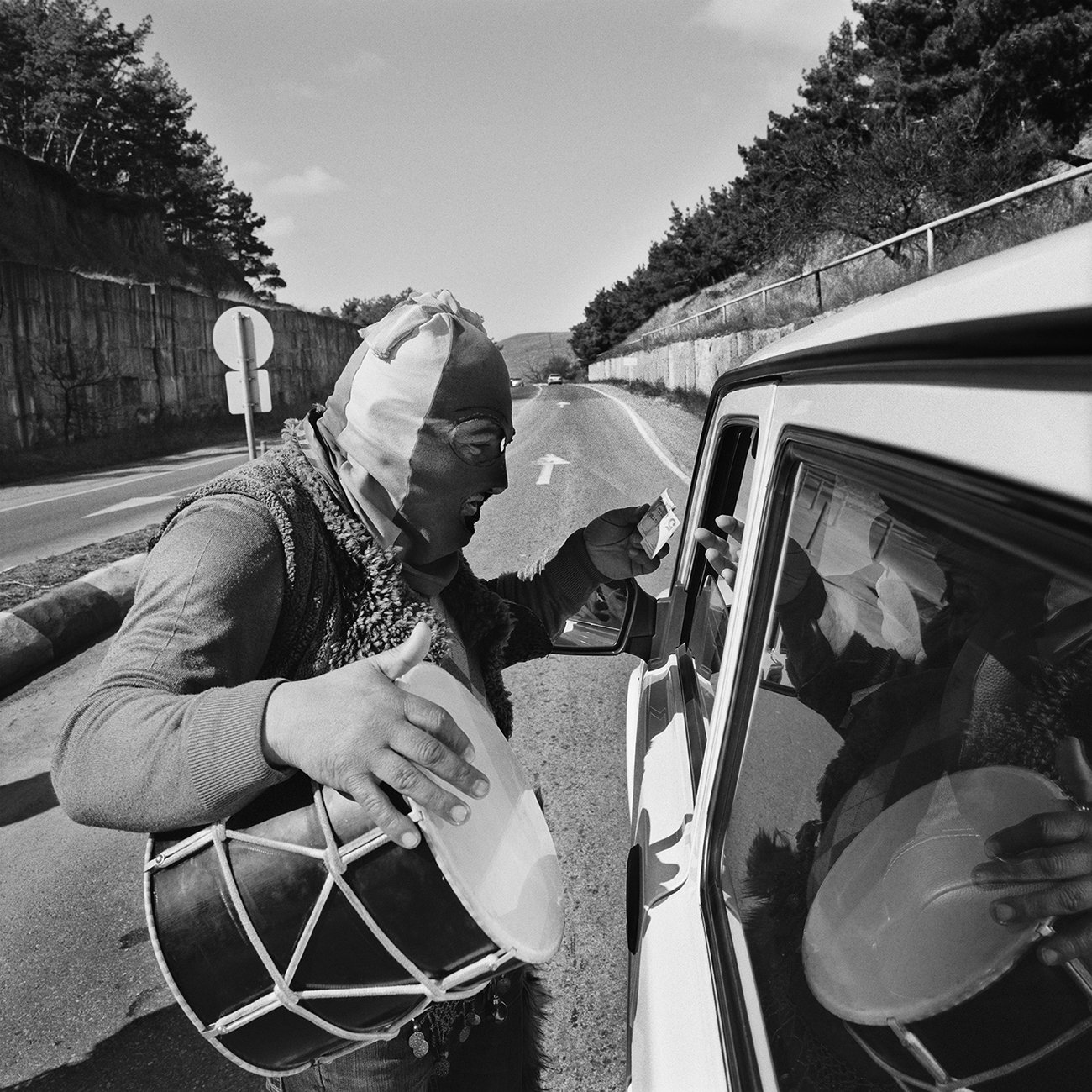 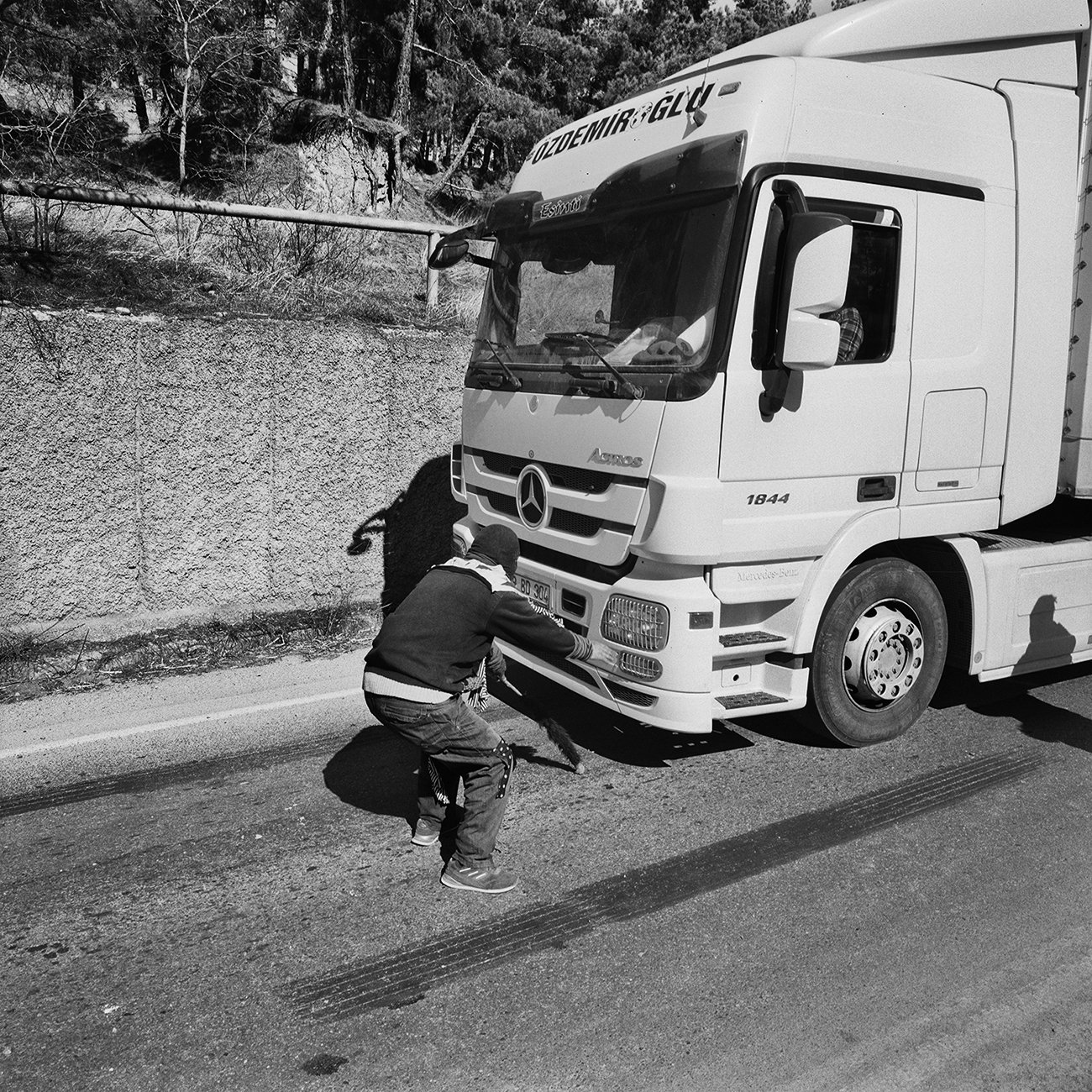 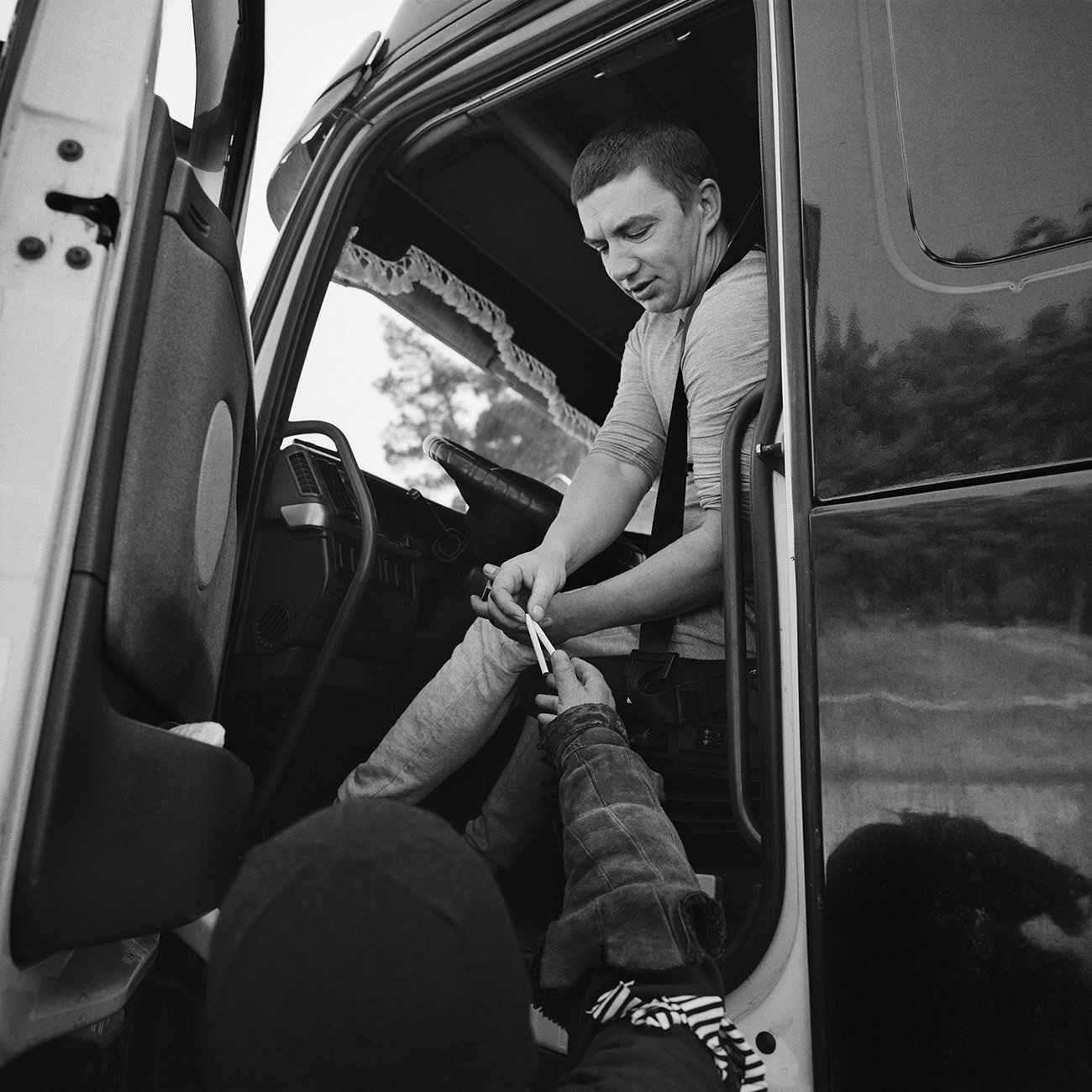 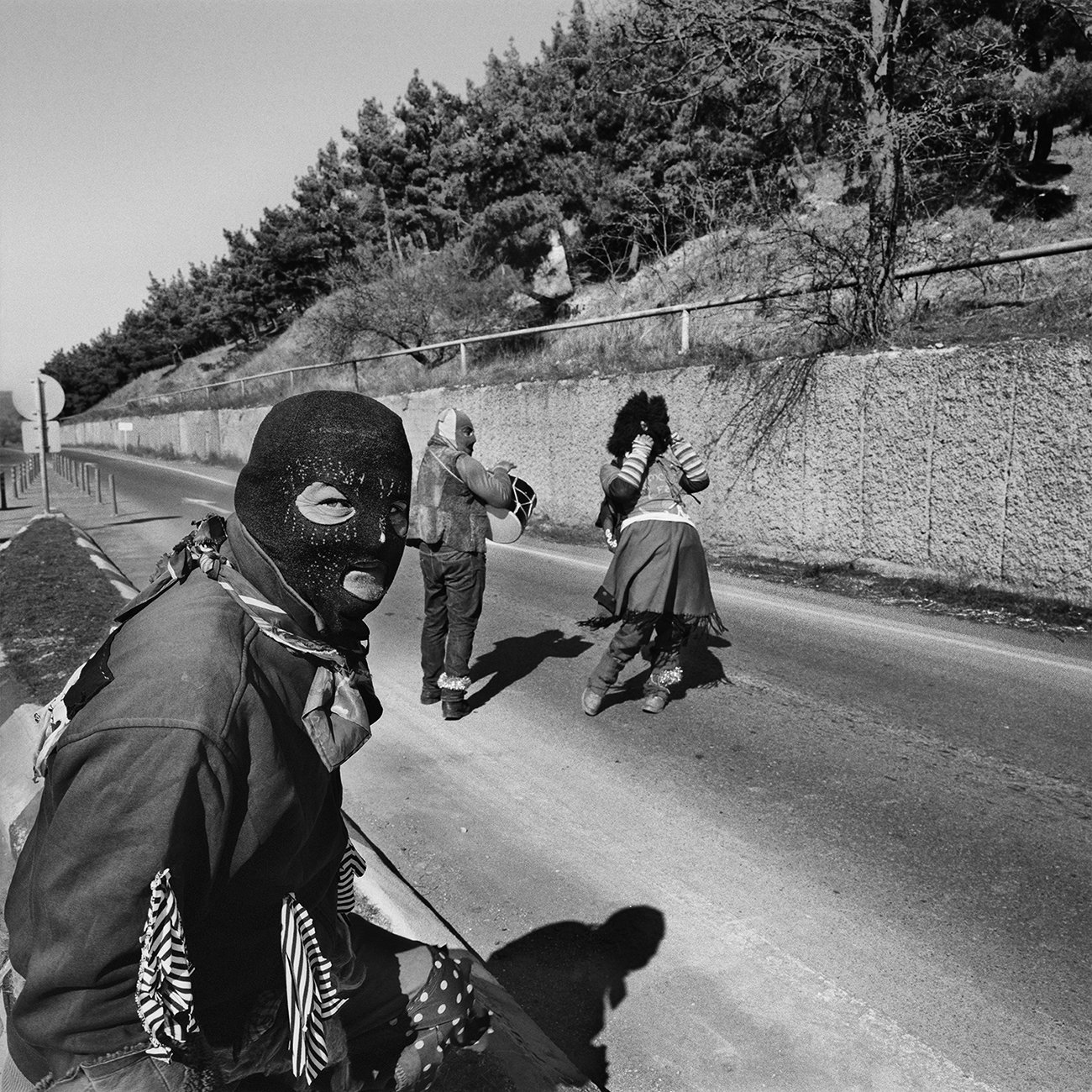 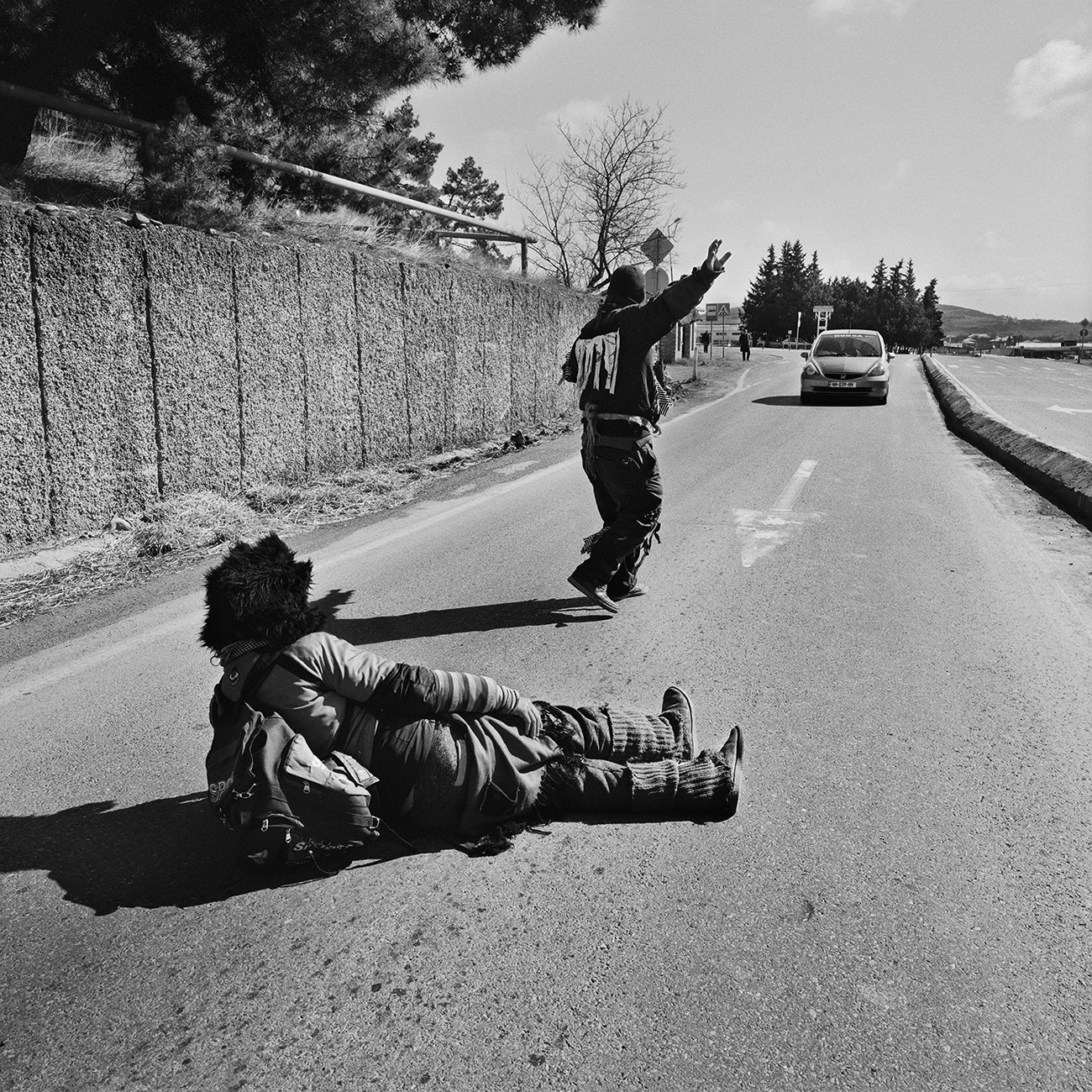 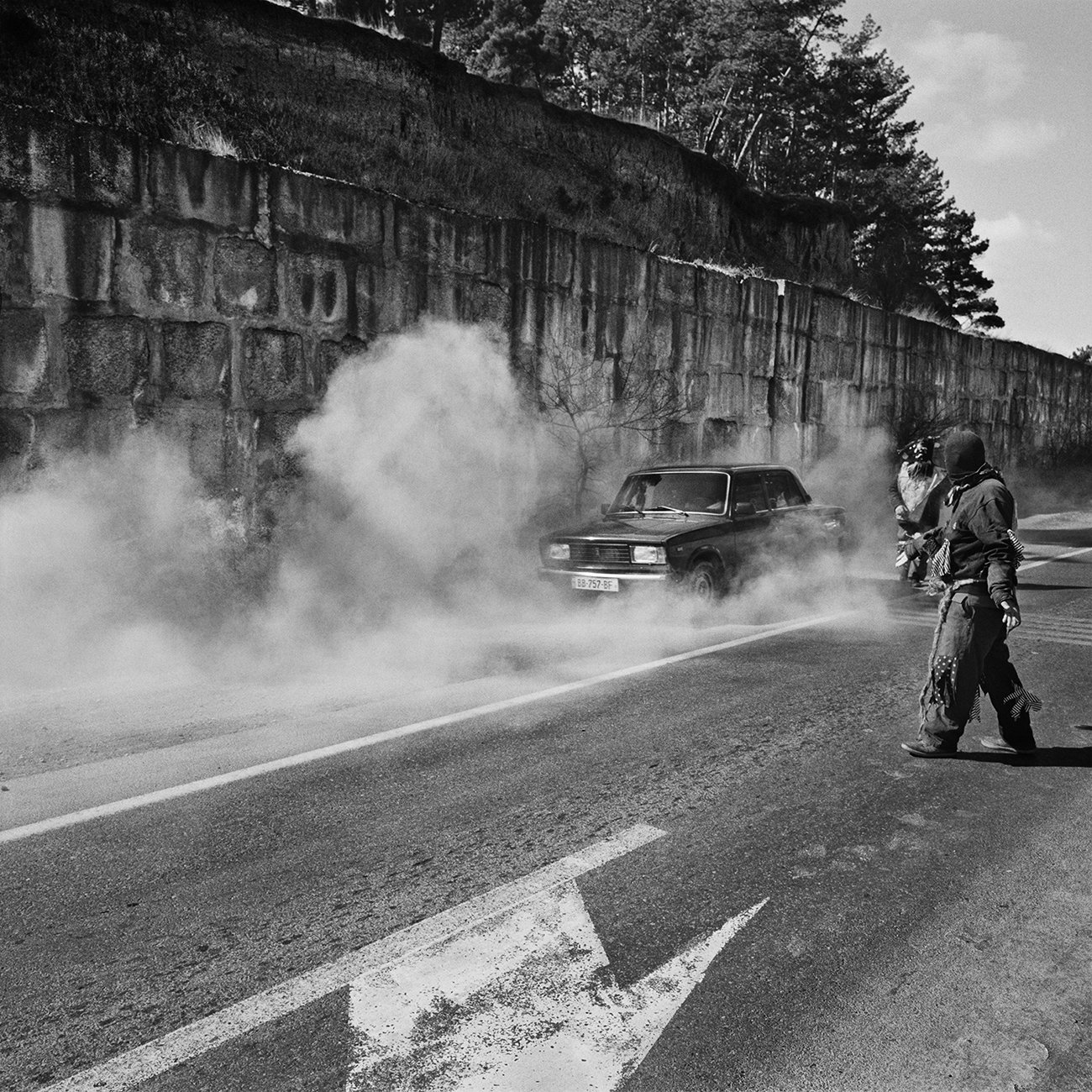 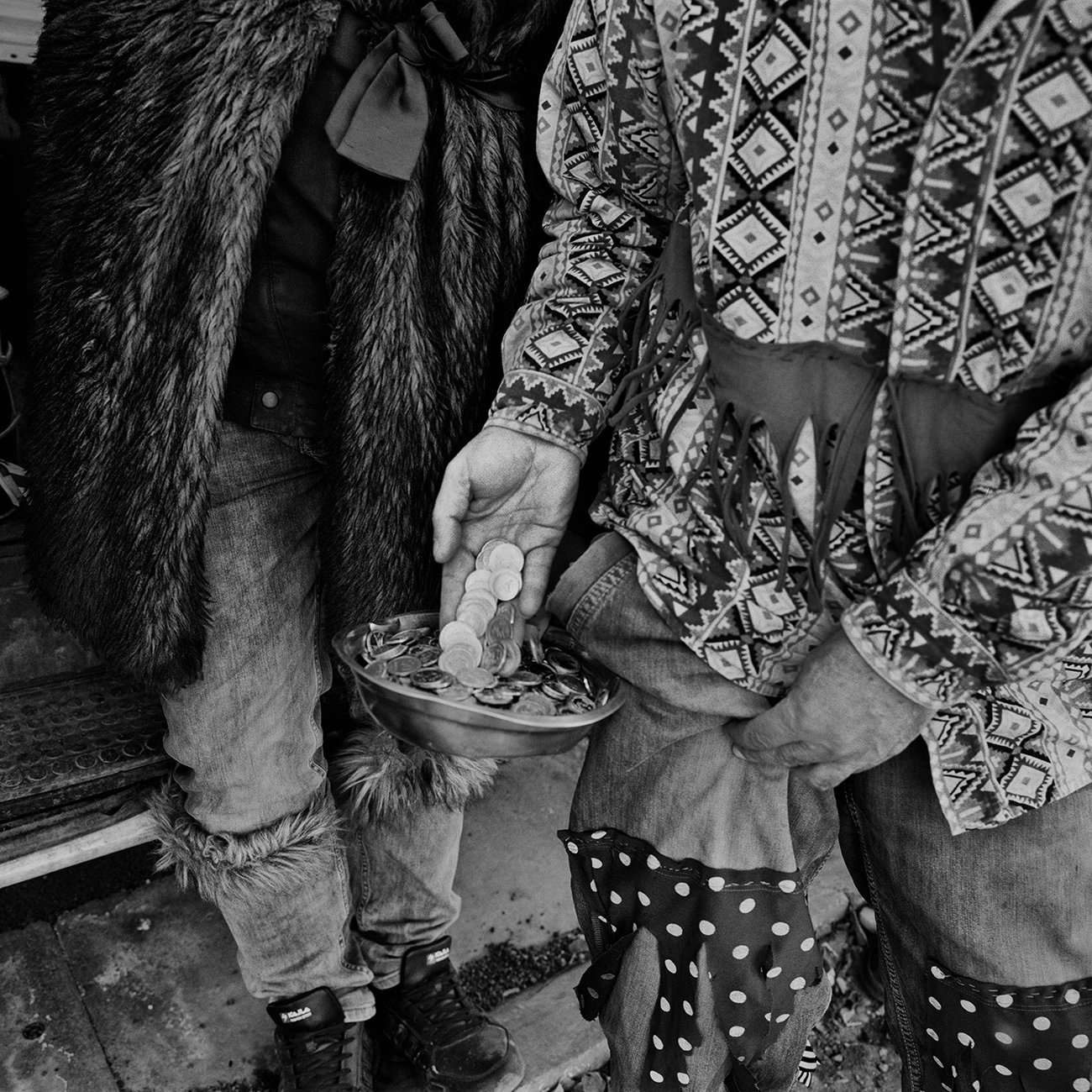 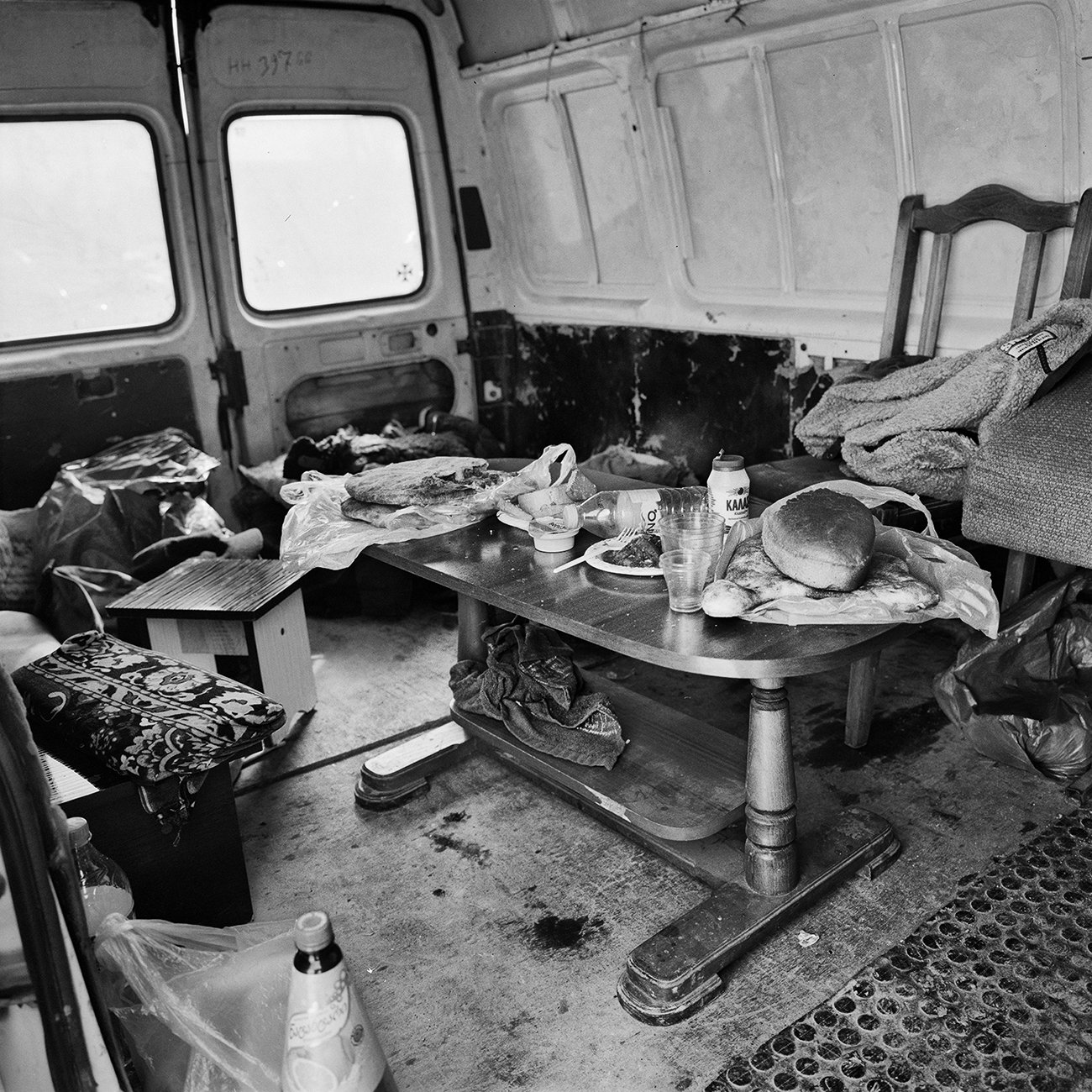 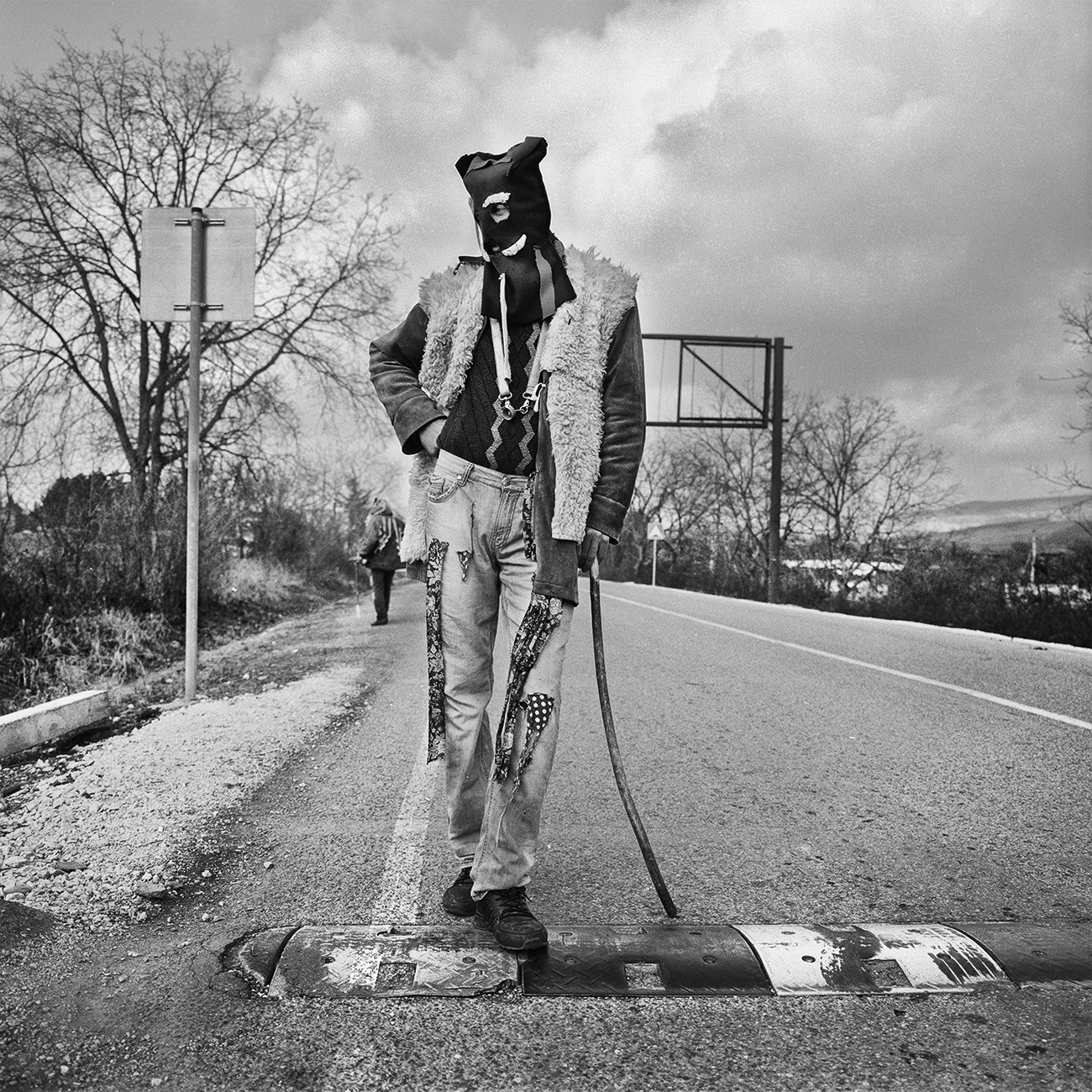 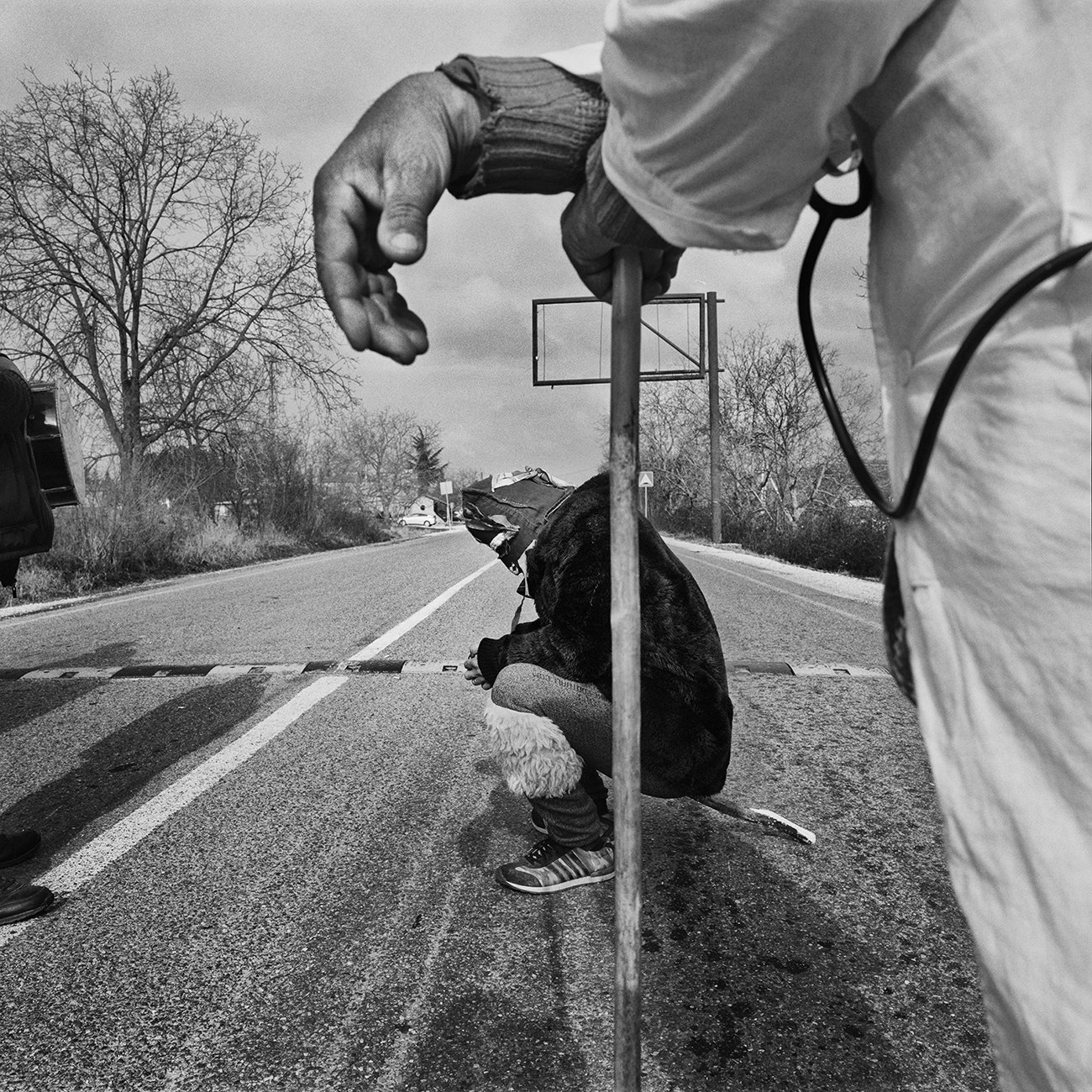 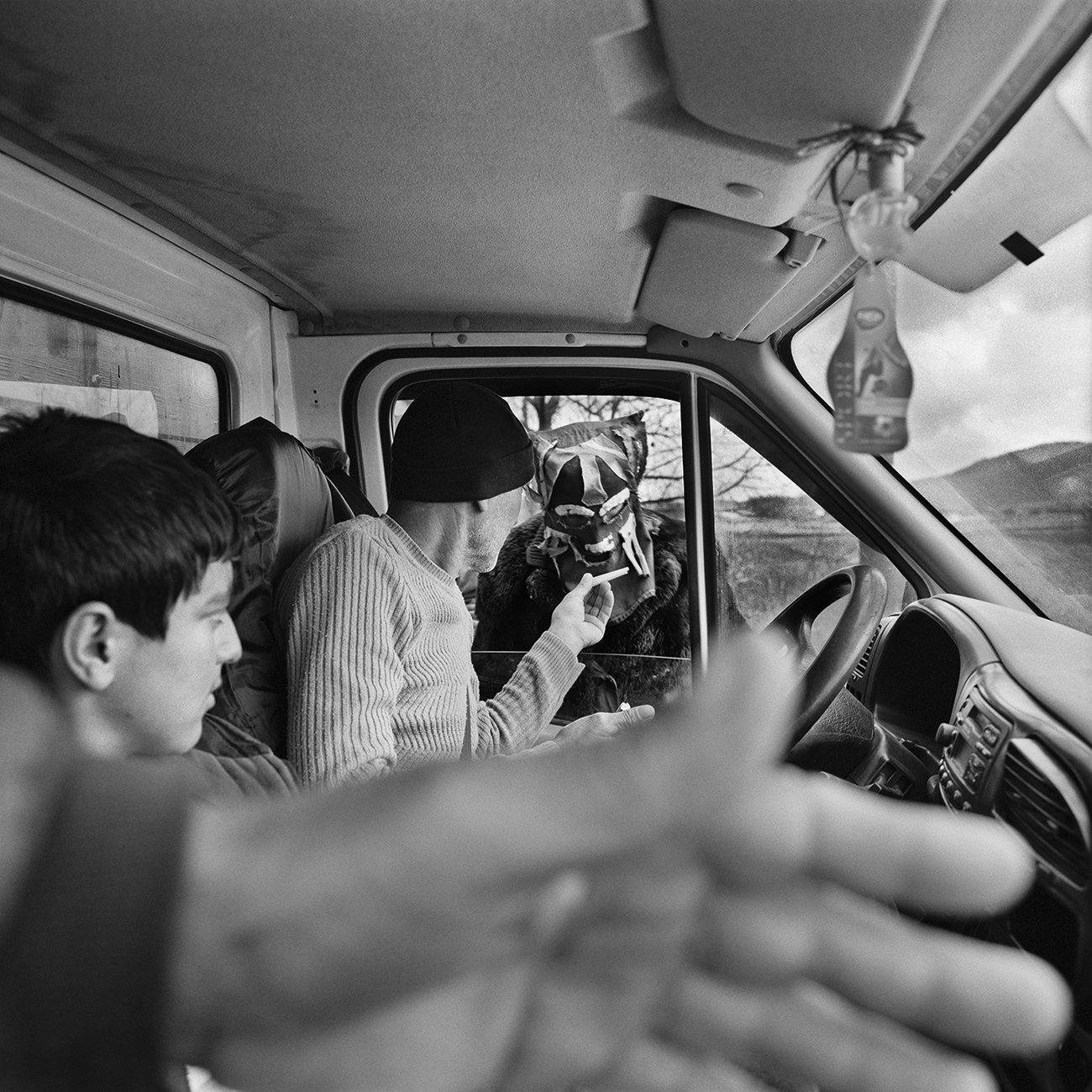 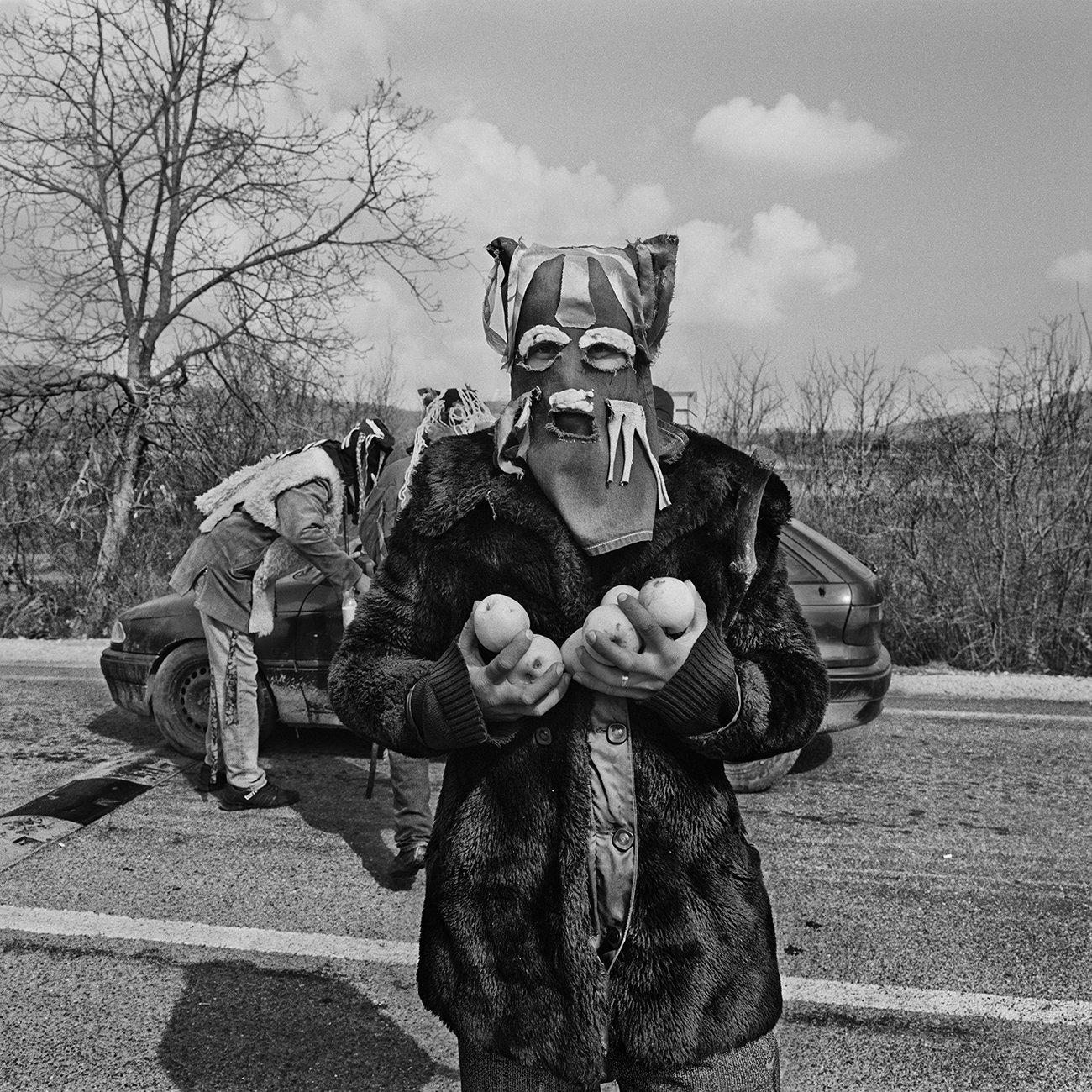 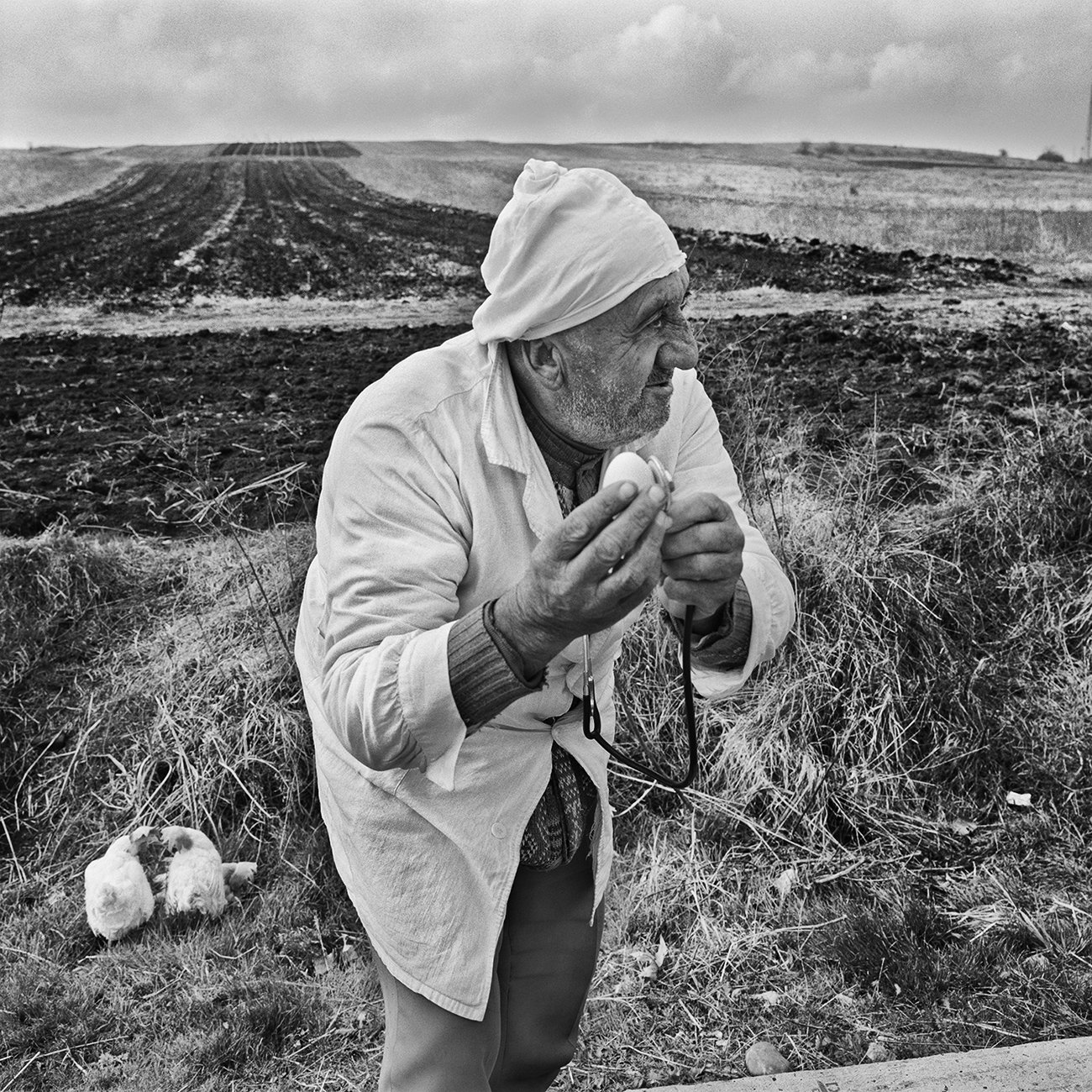 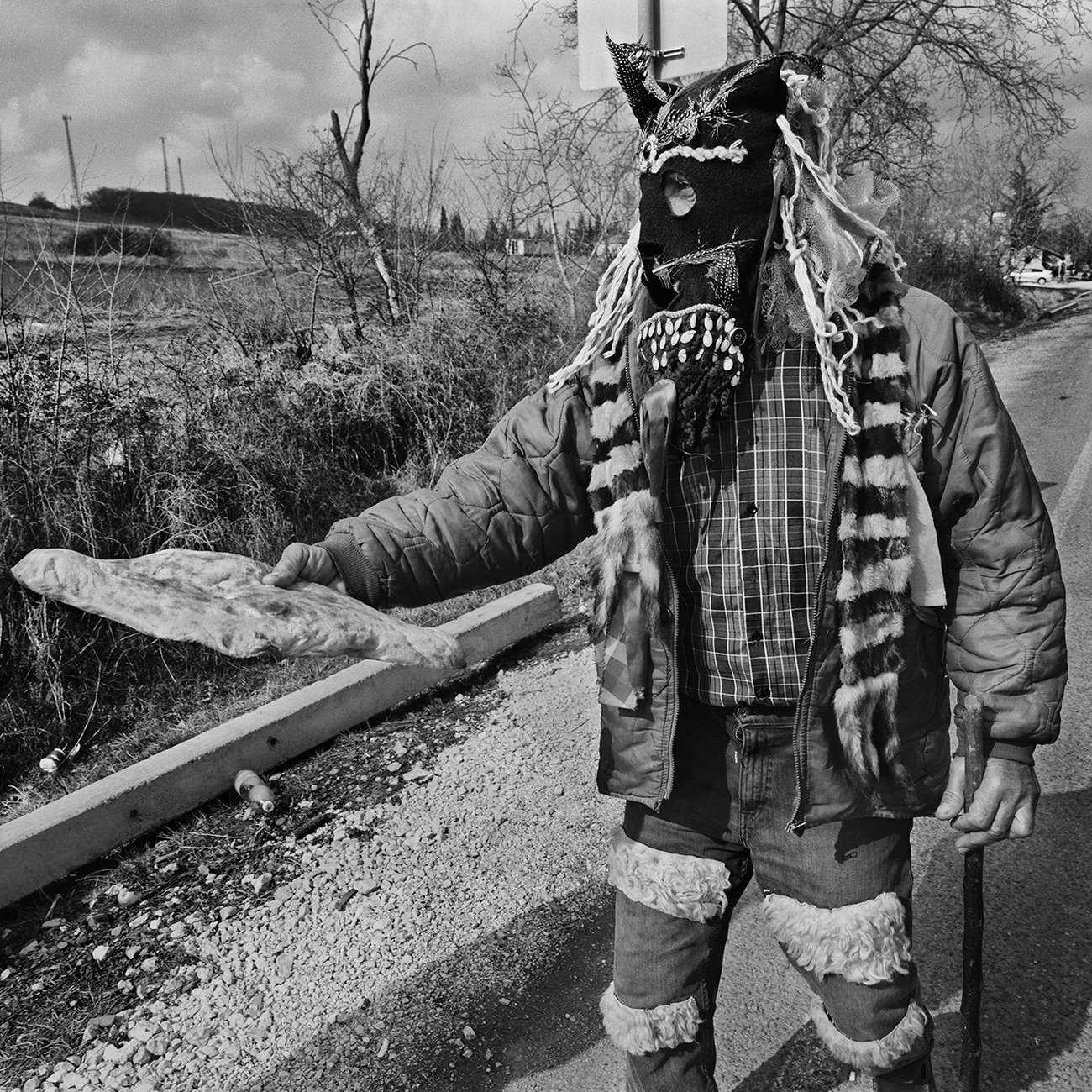 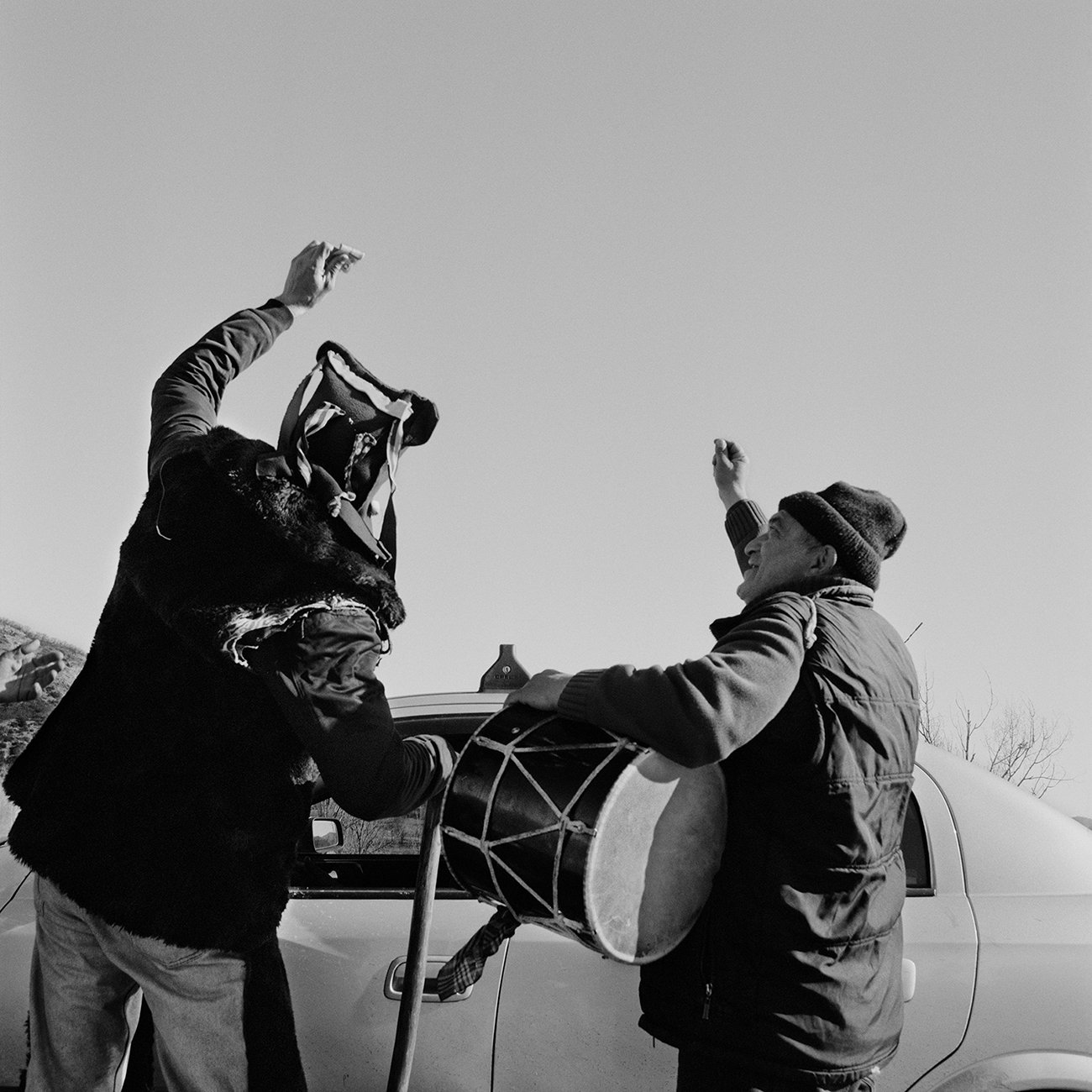 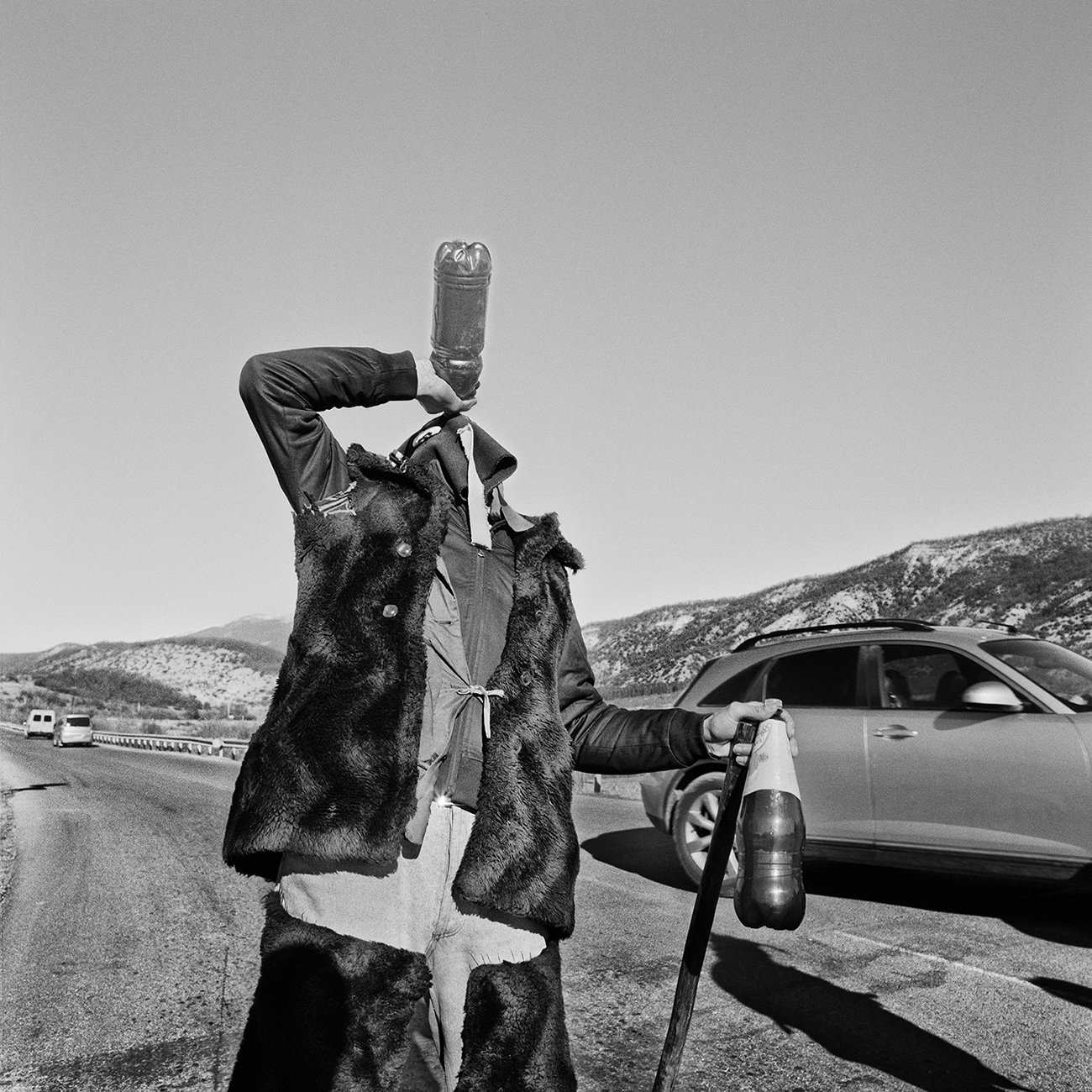 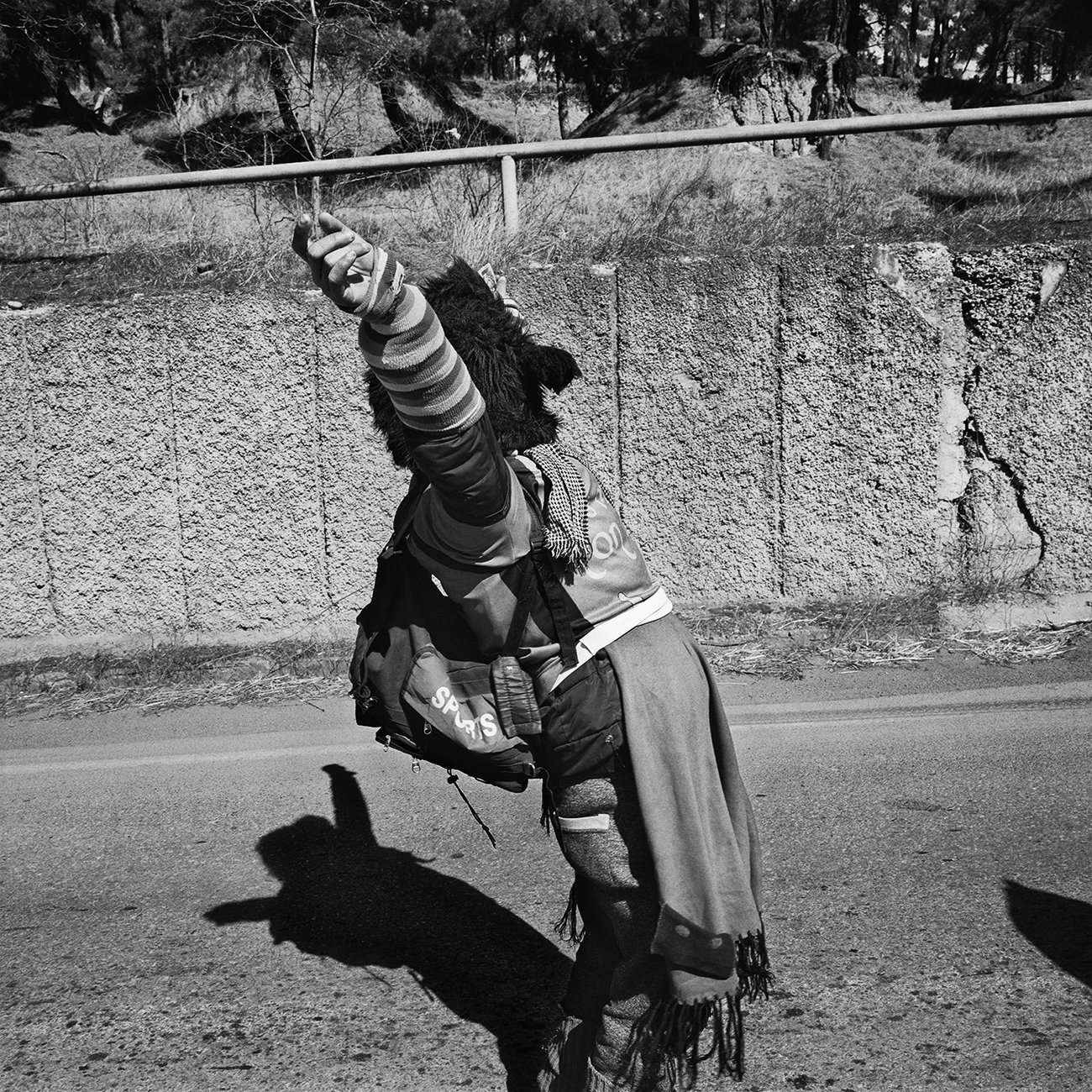 If you drive through the Georgian Caucasus in winter, you are sure to be stopped by men in the road. Armed with stick or a plastic sword, they waylay your car and ask for money, cigarettes or alcohol. They are called the Berikas. From poor backgrounds in rural areas, they adopt elements of a pagan Georgian ritual, the Berikaoba, to earn a living. Every year, from early January to mid-March, they take to the roads and block the traffic to ask for money. The proceeds, shared out equally, are used to buy seeds, land, farming equipment, a car… A Berika can make up to 1,500 euros in a month – three times the entry-level salary of an IT worker in Tbilisi, Georgia's capital. This figure is falling yearly, say the Berikas. Some drivers give them booze, apples, chocolate, cigarettes and even hens. For the rest of the year, the Berikas work as farmers, bricklayers, painters… Most have children.

What led Salah Benacer to become a photographer was a life project: regaining contact with a world he had observed when younger, while living abroad with its parents. When he had discovered the immigrant workers' hostel where Kamat, the family's cleaner, lived, far from his family, he had the feeling, which has never left him, that some people, "disinherited" by life at birth, are sure to retain indelible scars of injustice and suffering; that they are more likely to fall, once and for all, than to get back on their feet. Those are the people Salah Benacer has chosen to feature in his photography. For many years he has taken photographs, in black and white and in square format, of men and women who, in spite of their constraints, are trying to change the course of their life. In Antoby, Madagascar, in an asylum where the Lutherian community cares for mentally disabled people with the available resources. In Nadezhda, Bulgaria, where the Roma community, walled up in a ghetto, recreates a life inside to survive various forms of discrimination. On Piémanson Beach, in France, where, for four months of the year, groups form to live a utopian life based on sharing and community. Salah Benacer embeds himself over time with the people he photographs, sharing with them this feeling of resilience. Now aged 53, he is continuing this in-depth endeavour begun in 2002. In 2006 he received the Prix de la Bourse du Talent, and some of his images are held at the Bibliothèque Nationale de France. 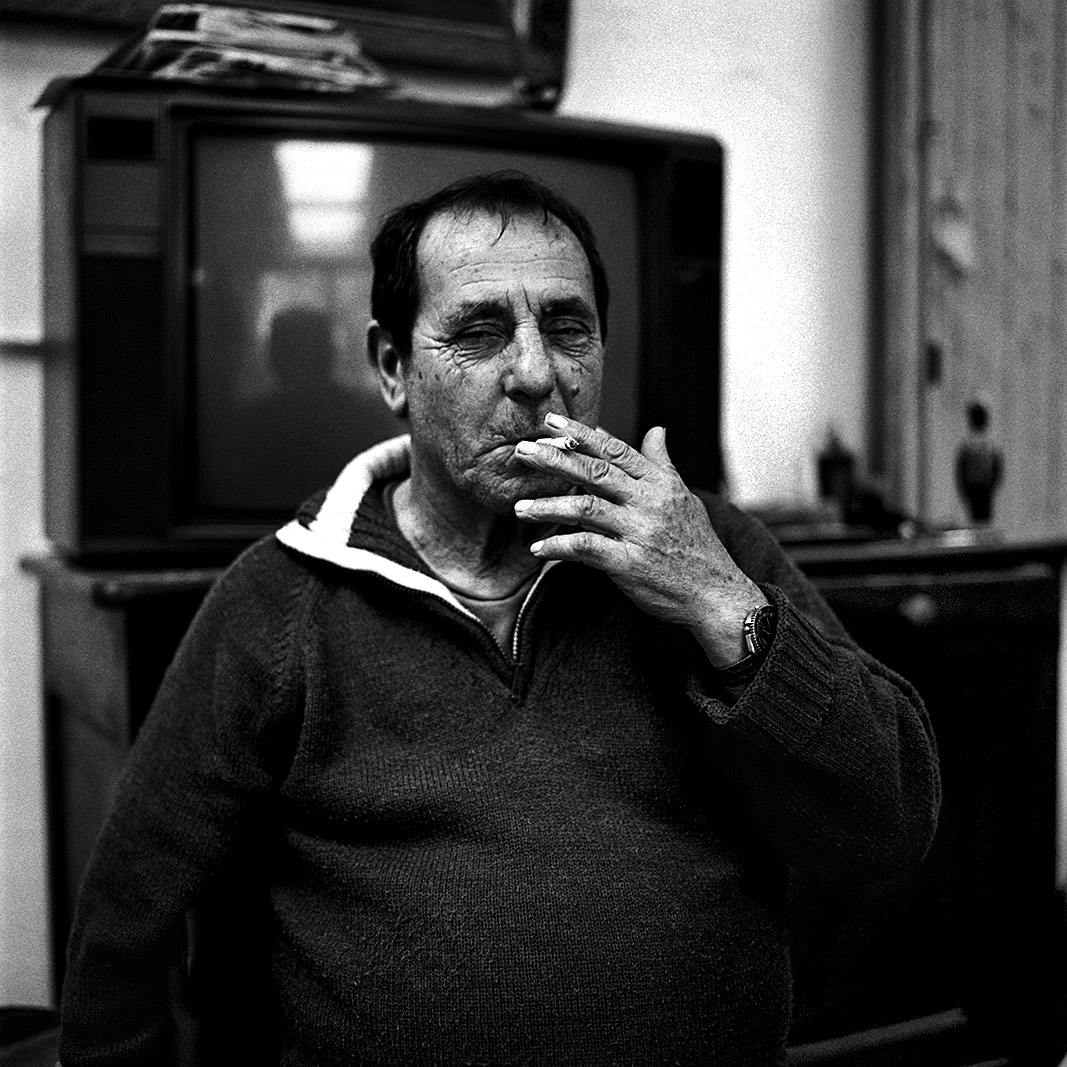